My talented co-writer’s first book comes out in April! Emily Wight is a hilarious writer (I know this for a fact) and an excellent cook (so I’ve been told, although she’s never cooked for me. Hmmmm…) and her cookbook will no doubt be a big hit!

Check Emily out at http://wellfedflatbroke.com/

Much has happened since we last spoke. Spring has sprung in Vancouver, and we have been playing outside without winter coats. We finally finished all the cheese I bought in early December. I am now raising a Ninja Turtle (Donatello, specifically), and bearing the brunt of his ninja attacks which are not stealthy but do sometimes hurt.

And that book I’ve been thinking about and talking about and fretting over for months went to the printer, and then emerged fully formed this past week! I have real, hard copies here in my apartment, which I can hold and look at and worry about making sticky. I filed my reference copy between books by Nigella Lawson and Fannie Farmer, in hope that some of their magic rubs off. 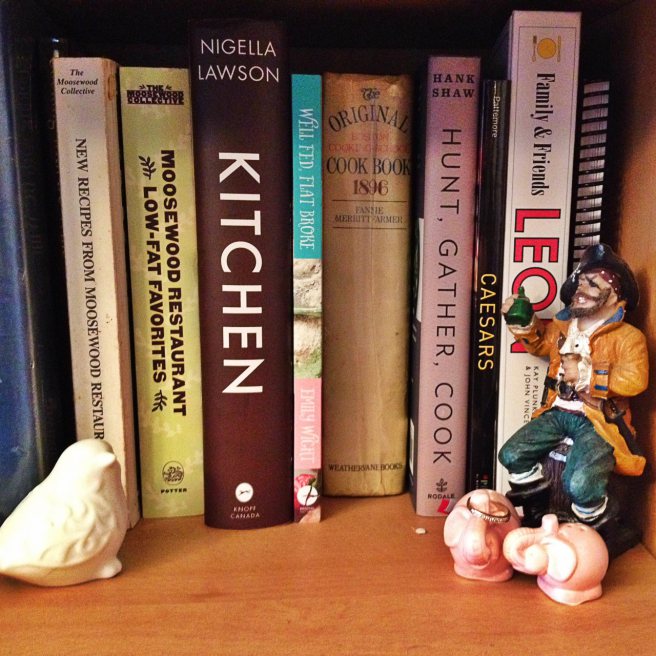 These are fast-paced times.

And there is so much to talk about, recipe-wise, but we’ve hardly had a moment to catch our breath…